Sydney – it is like a magical word , isn’t it – something really fascinating…

Yes, it is indeed – in 2014 when we were travelling to Australia , actually Sydney was our last stop before we were leaving this marvellous, very special continent. 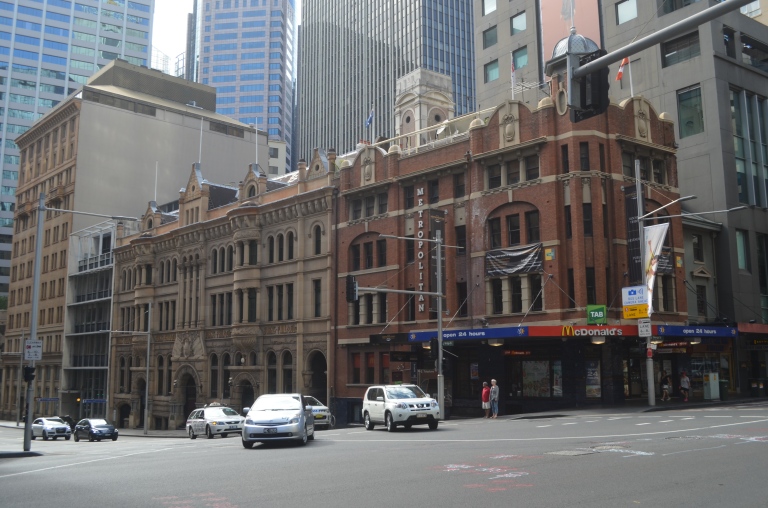 Our overall experience with Australia was really great . Australia was like a different planet for me as nothing was similar to any other of all the continents that I got to know so far with its well known capital city of Sydney, located at the Eastern Coastline of Australia facing the Pacific Ocean.

The history of Sydney itself was also quite interesting and fascinating – historical funds in the Blue Mountains, which are close to Sydney show that already 20.000 years ago , people were living in this region – 4 different tribes of the Aborigines.

In 1770 Captain Cook discovered Botany Bay in this area and on the 26th of January 1788 the British and the French fleet arrived at the same time at this coast- the purpose of their visit was the colonization of the region . The area was chosen to be a colony for prisoners. On this day about 800 prisoners and 500 sailors left their ships to be settled down over here and since then this day is celebrated as a national day in Australia .

Later beginning of the 19th century this prisoners colony was reshuffled to a city – bridges , streets ,official buildings and the port were built. 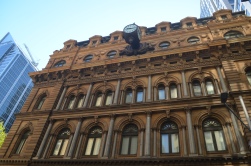 Sydney became the capital of New South Wales , Australia , and the most important port  ( Port Jackson ) in the South Pacific with its famous steel arch bridge. 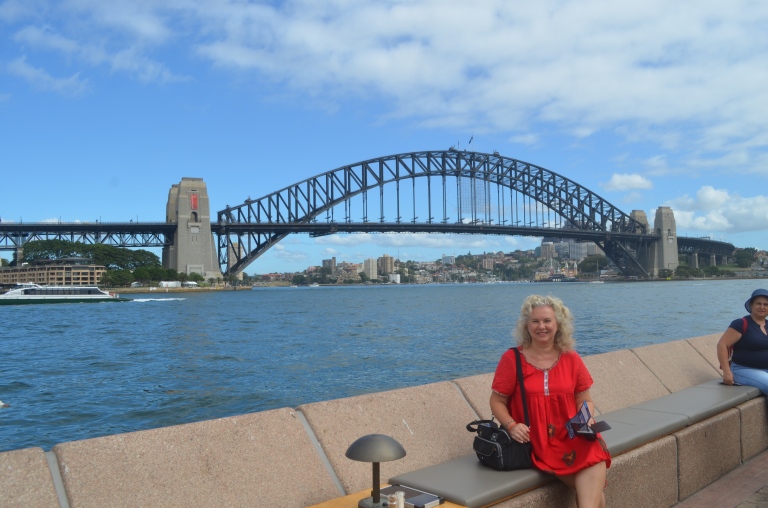 Built in 1932, 500 m long across Sydney Harbour is connecting Sydney and its suburbs. The city is today the heart of the Finance , the Industry and the Economy in Australia and has about 5 million citizens.

Australia was part of the British Empire till the end of WW II but after the war it was left alone on its own destiny , looking for an own identity .

The story of the Sydney Opera House started then , in the year of 1948.

Actually there was a need for a new Opera House in Sydney and architects around the globe were called to give their ideas and projects .

Proposals out of 30 Countries with 233 different projects were coming in. Most of the  concepts did not look that suitable and at the end 4 projects of different international architects were left to the final choice .

The one of the Danish architect Jorn Utzon was selected as the favourite one. 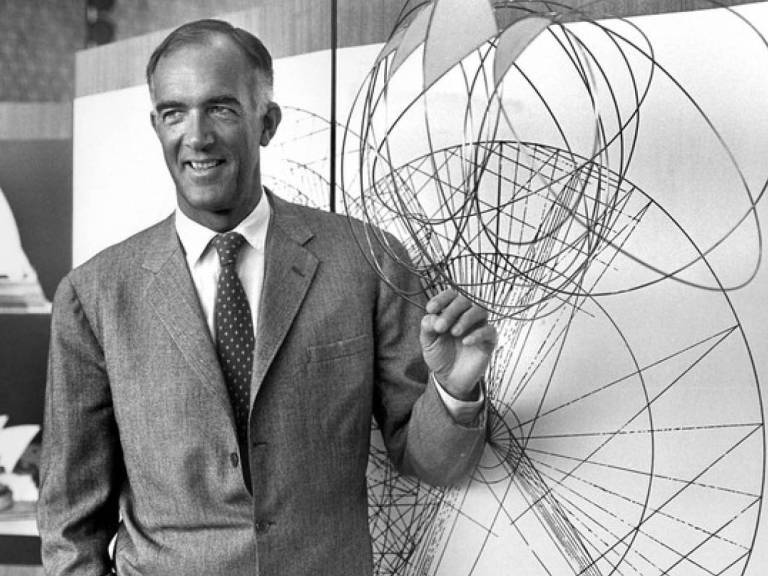 His project was a complex of 2 main halls facing the harbour on a large podium being topped with several white sail-shaped panels being the roofs and the walls of the building.

His idea of the white glittering shell shaped roofs was to symbolize the sails of the ships which arrived at this shore hundreds of years ago to bring people for settlement to this place.

For Sydney in those days it was a scandal as the sketches of the building were looking so odd to them and nobody knew how to build it – engineering scripts were missing . The start of the construction took long time as the region where the opera should be situated was an area belonging to the Sydney Rail System and re-location was needed . In 1958 the space was ready to start the project but people had no idea on how to realize the construction plans of architect Utzon . 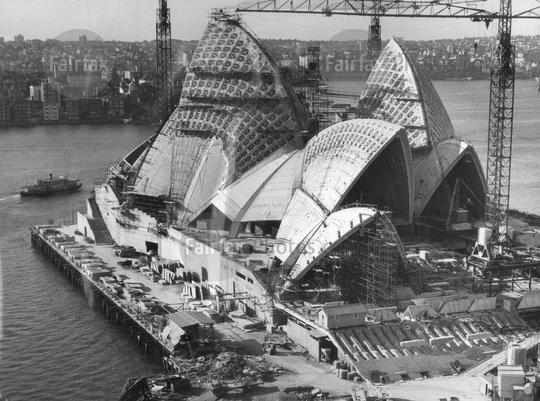 The construction of the roofs was quite difficult and while the project was set for a budget of 7 Mio Dollars it was finalized with an expense of 100 Mio Dollars .

During all these years the construction suffered under political disputes of the different parties around the project , engineers gave up the construction with failures and frustration , budgets were overrun while the building could not be finished .

In 1966 Utzon had a big dispute with the construction company and left the project and also the continent of Australia behind in frustration and rage, never coming back and never seeing his construction work completed .

It is said that during the construction work an American singer called Paul Robeson came to the site one day and sang some opera songs to the workers in order to support and motivate them to continue and complete the building.

The construction was then finalized with the financial support of a lottery in 1973 and was officially opened on the 20th of October 1973 by Queen Elizabeth II . 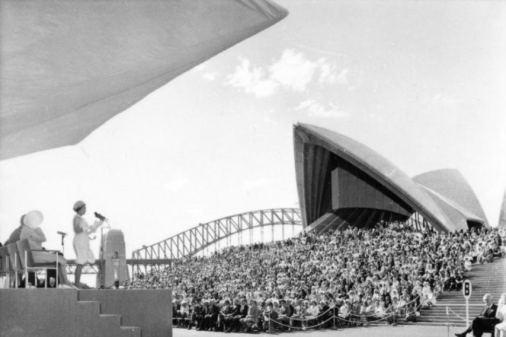 The Sydney Opera House became a masterpiece of architecture when it was finalized and Utzon reached out to his well deserved world fame for his monument.

Throughout the years it became the symbol , not only of Sydney , but the whole Australian nation – the nation that was looking for a new identity and who could build it up with this building. 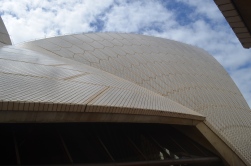 Though it was a very young monument , the Sydney Opera House became a UNESCO World Heritage Site in 2007 -a Temple of Music and the symbol of an entire nation. 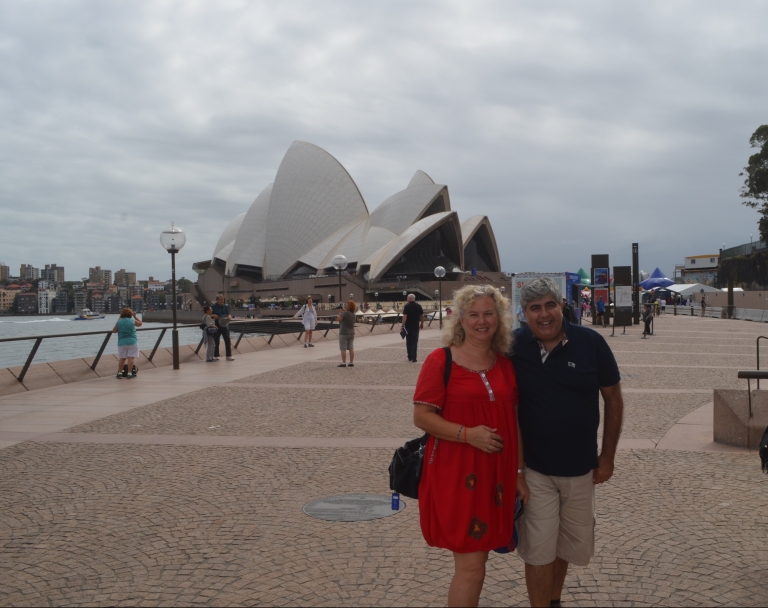 Today the Sydney Opera House is one of the most well known and most photographed objects in the World and serves with its huge concert hall and  its 3 different size theatres as well as its outdoor complex for operas , balets , musicals , symphony concerts, film screenings , choir performances and many more other art activities. 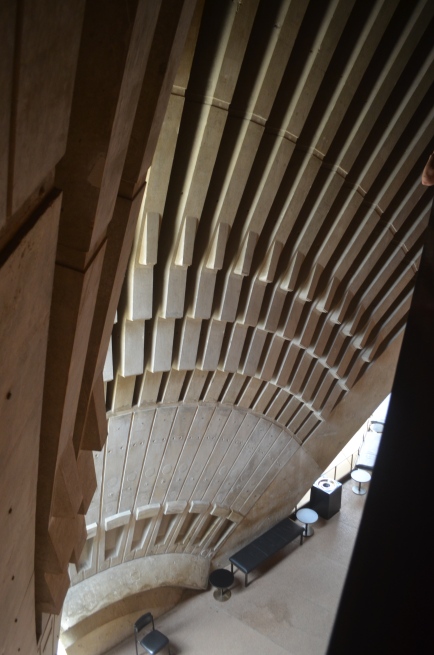 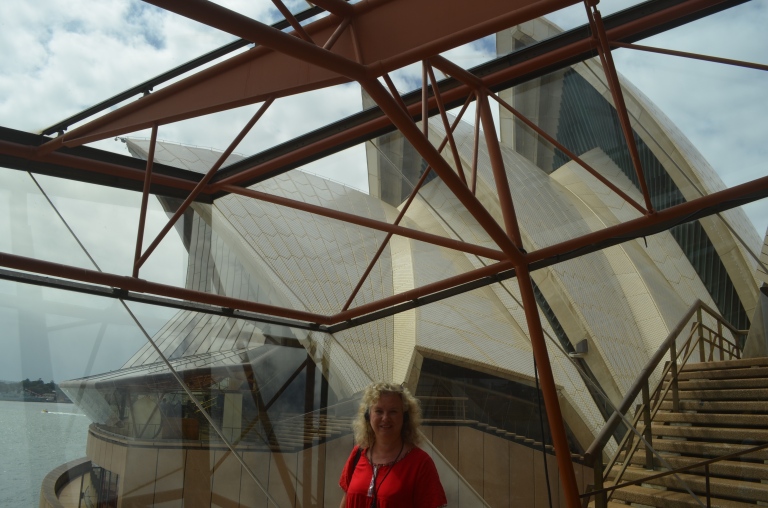 I am looking out to the vivid and colorful harbour , watching the old Sydney bridge at the other end , the ships and the boats floating across the different coastlines and myself having the sailors , the prisoners , architect Utzon ,the construction workers and some melody in mind. 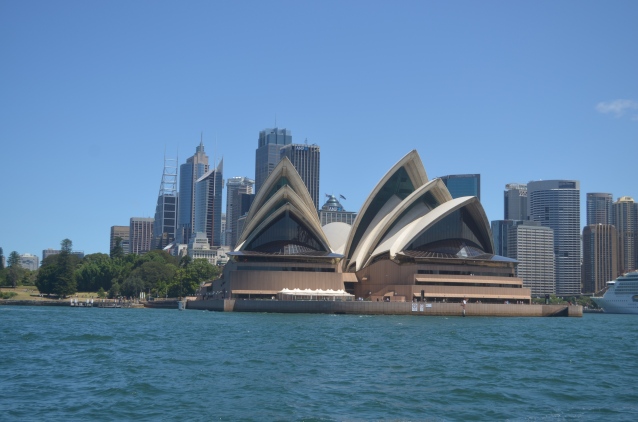 What a story and how beautiful the site is. The unique shell shaped roof panels are shining bright under Australian sun and the blue sky . 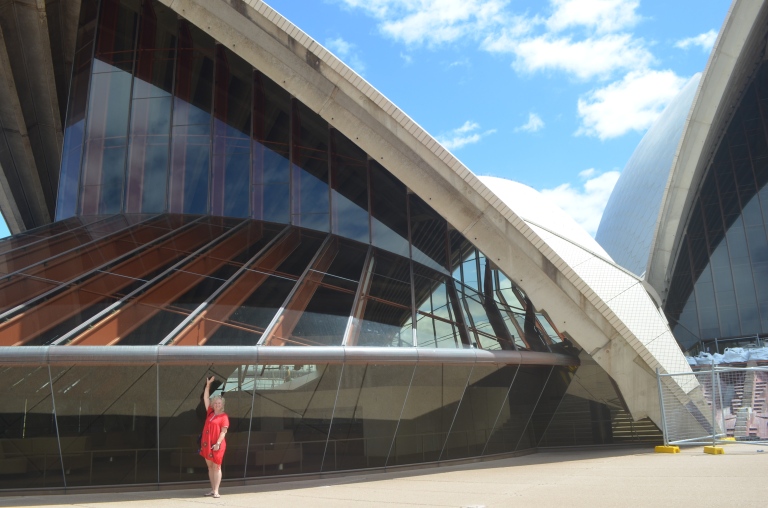 Unfortunately there is no time to listen and be part of a music performance at this place as we have our flights back home but I do hope and wish to have the opportunity to come back to Australia and Sydney soon , combine it with a trip to New Zealand and maybe have the chance to sit here in one of the concert halls and listen to the acoustic of the music or the performance and dive into history again and enjoy this gorgeous place and its atmosphere. 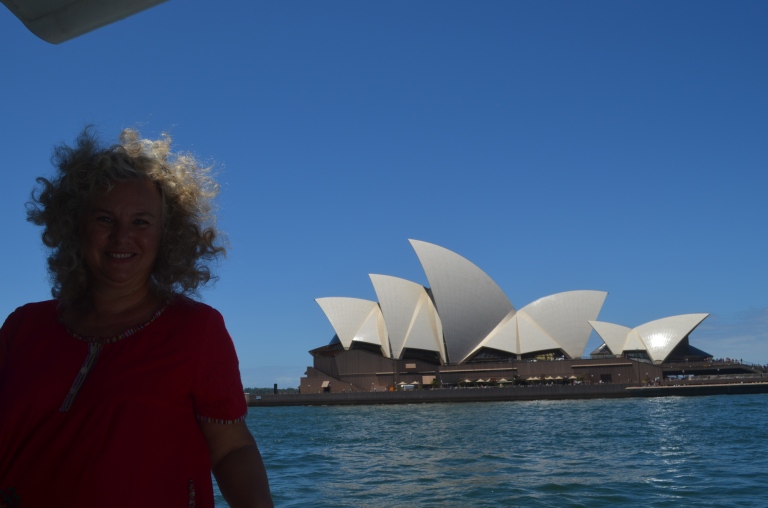